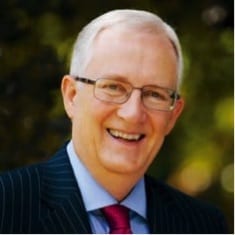 Rob Strange OBE is a Chartered Director and a Fellow of the Chartered Institute of Bankers. After a successful career in the personal banking sector, he spent twelve years as CEO and as a Trustee, of the Institution of Occupational Safety and Health (IOSH), the world’s largest chartered professional membership body of its kind.

He was awarded the OBE in the 2008 Queen’s Birthday Honours List and he retired from his full time CEO role in early 2013, since when he has taken on a number of Trustee and Non-Executive Director positions, including with Education for Health and Greensleeves Care.